Biden, Republicans and the Climate 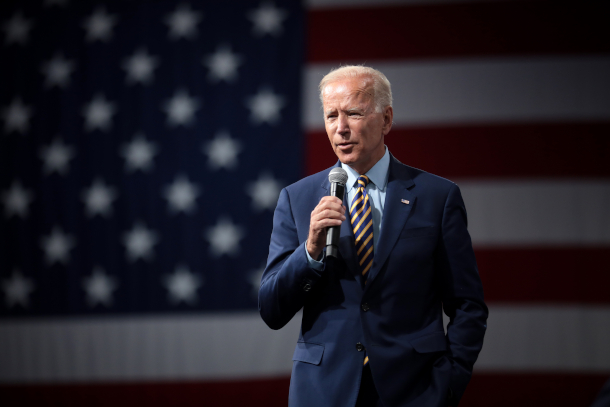 Some Republicans see opportunity for bipartisanship with a Democratic president, especially on the climate. Bob Inglis is a Republican and former US representative for South Carolina’s 4th Congressional District and he leads republicEn, a conservative organization focused on solving the climate crisis. He joins Host Steve Curwood to talk about climate solutions that can find support on both sides of the aisle if Congress remains divided amid a Biden presidency.

O'NEILL: From PRX and the Jennifer and Ted Stanley studio at the University of Massachusetts Boston, this is Living on Earth. I’m Aynsley O’Neill.

CURWOOD: And I’m Steve Curwood.
As we go to broadcast all indications are that Joe Biden will be the next president of the United States, though President Trump has not yet conceded. Mr. Biden will take office in the midst of the surging coronavirus pandemic and the climate emergency. Both threats will require a bipartisan effort to address them. During the campaign Mr. Biden released a clean energy plan aimed at pushing the United States towards a 100% clean energy economy and achieving net-zero emissions by the year 2050. It’s an ambitious goal and here to talk about how Republicans and Democrats might work together to get there is Bob Inglis. He is a Republican and former US representative for South Carolina's 4th Congressional District and leads republicEn.org a conservative organization focused on solving the climate change crisis. Bob Inglis, welcome back to Living on Earth.

INGLIS: Good to be with you Steve. Thanks very much.

CURWOOD: So, who are some of the strongest Republican leaders, you think who will step forward and support President Joe Biden in moving forward a clean energy plan?

INGLIS: Yeah, you know, the ones that I look to mostly in the Senate would be Senator Braun of Indiana, Senator Romney, of Utah, in the House John Curtis in Utah. These are Republicans who, who have signaled a real willingness to talk about climate change and, of course, back to the Senate, Lisa Murkowski, very importantly, said recently that carbon pricing should be on the table, that was an important signal. So what it will take, I think, is Joe Biden actually reaching out to these Senators and House members. And I think there's a real shot at that, because of the humbler victory that he's won. He doesn't come in with my way or the highway, get out of the way, or the trains gonna roll over you. It's rather hey, folks, can we get it to the table and find a way to come together on climate change. And I also put in a lot of stock in Joe Biden's history in the US Senate, I think Joe Biden has a chance of being a nicer master of the Senate, a guy who has deep relationships there who understands the plays. Of course, he's got more help in the House with the Democratic majority so the senate is going to be where his attentions need to be paid.

CURWOOD: Now, the Biden administration is going to have an inbox that could probably reach to the top of the Washington Monument with just all kinds of things that need immediate attention, it would seem. How will the climate agenda, the climate protection agenda advanced in those circumstances? What do you think is the best move for the Biden administration to make right away regarding the climate? Except, of course for saying that we're back in in Paris, so the Paris Climate accord as he said he's going to do.

INGLIS: Yeah, that, of course, I think his thing he does first. I think, probably the next thing is build back better in the coronavirus times with infrastructure as it focuses on clean energy, he'll find bipartisan support for that. And then I hope what he sees is a real opportunity for a twofer especially to reward the progressive wing of his party with a pretty bold approach to climate change. And here's what I think that is it's to price carbon dioxide through a carbon tax. And then cut taxes on payroll so that you really are simultaneously addressing climate change, and income inequality. In the twofer for his progressive wing is did you see what I just did? We just gave low and moderate income earners, a 12.4% pay raise. So I hope that's what he does, it starts with dealing with clean energy incentives, but then goes worldwide with this kind of carbon tax. Whether you're conservative or progressive, everyone agrees that if there’s to be a carbon tax it needs to be border adjustable so that we apply the tax to imports coming into a very prized American market if it's coming from a country that doesn't have an equivalent price on carbon dioxide. Then the whole world's following, and now you got seven billion people seeing the true cost of the burning of fossil fuels, and the free enterprise system can deliver innovation. And of course, some of your listeners might be thinking, okay, Steve has on this guy that's very conservative, and he's talking in high octane Milton Friedman kind of terms, but they're thinking maybe sounds a little bit familiar. Well it might be the case, it's the same thing that Al Gore has been for, for about 30 years.

CURWOOD: Indeed. So what are the climate related infrastructure projects that you think that the Biden administration should quickly move forward with? And that will be not just palatable, but attractive to Republicans and Conservatives?

INGLIS: I think the electrification of the fleet with charging stations, he's mentioned that on the campaign trail, that's surely something that would help. More money for battery research. Remember we've had great breakthroughs in battery technology, but if we get even better batteries, it'll really make it so that batteries not natural gas, are the intermittency backup for wind and solar. Right now, natural gas is that backup, and that's the reality of our situation.

CURWOOD: A number of the folks in the senate are tied closely to coal, not necessarily by a party, of course, Mitch McConnell from Kentucky but also we have Joe Manchin from West Virginia and as the coal business has gone away, there's a huge pension problem there. How do you recommend President elect Biden deal with the need to bring along the coal states in a way that they will embrace dealing with climate disruption rather than continuing to fight it? 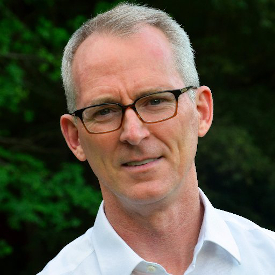 Bob Inglis was the U.S. Representative for South Carolina’s 4th District (R-SC, 1993-1999, and 2005-2011) and is currently the Executive Director of republicEn, where he promotes free enterprise action on climate change. (Photo Courtesy of republicEn)

INGLIS: Yeah, I think there's a great opportunity to bring America together on this. Because, you know, I think we can all agree that those miners gave us their lungs, in some cases have already given us their lives to provide energy for us. So we owe them something and I think as a conservative, that I owe them a buyout of their pensions. As their companies go bankrupt, and the pension liabilities fail, failed them, then we've got to step in and make those miners whole and that's a good use of some of the revenue from a carbon tax. And so what that creates is a political reality for people who used to be the representatives of coal country, is that those coal jobs clearly aren't coming back and now the coal companies are going under the pensions need to be paid and so it becomes an opportunity to say well, yeah, we can have climate action, if the climate action takes care of those miners. So I think it's a key constituency, particularly key for Mitch McConnell, presumably the Senate majority leader.

CURWOOD: And there's a similar situation regarding those communities that have been making their living drilling for oil, and then fracking natural gas.

INGLIS: Yeah, of course, oil and gas, maybe is a little bit further down the track here, where as those better batteries were just talking about come to be, you know, they're gonna be more at risk in the years ahead. That's why companies like BP are so focused on switching away from reliance on selling oil and gas. They're very prescient in that way, seeing what's coming at them and trying to figure out a way to continue to be in the energy business, maybe not just selling the same kind of energy.

CURWOOD: How do you deal with a number of elected officials who don't believe that there's a problem with the climate?

INGLIS: I think it's a dwindling number, thankfully. There is a cadre of folks who rejects all the data about climate change but it's a dwindling number. And one of the reasons it's dwindling, Steve, I think is a lot of them are having conversations with their children, grandchildren. You know, grandchild is coming home from State-U and they're saying, you know, Grandpa, or Grandma, what you're saying on the Senate floor, the House floor is not where they're teaching us State-U. And one of the terrible things about climate change is the realities are upon us. We are seeing the whites of its eyes now, we've got to take a shot, and it has to be a good shot.

CURWOOD: Bob Inglis was the US representative from South Carolina's 4th Congressional District. He's now executive director of republicEn.org. That's a group of conservatives who care about climate disruption. Bob, thanks so much for taking the time with us today.

INGLIS: Great to be with you, Steve. Thanks.


ReSource | “'Death Spiral.' How A Carbon Tax Could End Some Coal Towns… Or Fund A New Future”