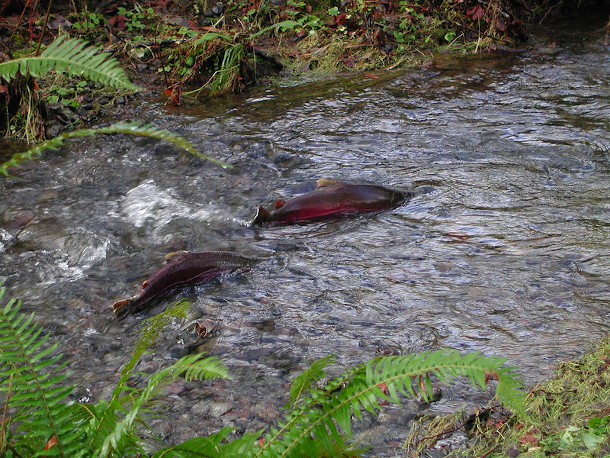 Coho salmon struggle up a stream in the Pacific Northwest. (Photo: Oregon Department of Forestry, Flickr, CC BY 2.0)

This week Host Aynsley O’Neill and Environmental Health News Editor Peter Dykstra go beyond the headlines with a partly solved murder mystery: a killer behind mass coho salmon die-offs in the Pacific Northwest. Next, they highlight some heroes who came to the rescue of a coral reef damaged by one of this year’s many Atlantic hurricanes. In the history vaults, it’s 20 years since the last operating reactor at Chernobyl was finally decommissioned long after the infamous explosion of a neighboring reactor.

O'NEILL: It's time now for us to take a look beyond the headlines with Peter Dykstra. He's an editor with Environmental Health News, that's ehn.org, and DailyClimate.org. And he's on the line now from Atlanta, Georgia. Hey there, Peter! What do you got for us this week?

DYKSTRA: Hi, Aynsley. We're gonna look at a murder mystery in the Pacific Northwest. Every time a heavy rain would hit around Puget Sound and the Seattle area, there would be a die-off of coho salmon in all the spawning streams along the Sound. And scientists have finally put a finger on, not solving the crime, but at least finding the murder weapon.

O'NEILL: Alright, so we're thinking, what, Professor Plum with the candlestick?

DYKSTRA: Pretty close, but the scientists, the team of government and academic scientists from Washington State, California, British Columbia, have found that there's a preservative chemical in car tires that has been killing the coho salmon. The tires, of course, gradually degrade, they get washed into storm sewers, the storm sewers empty into streams. And they seem to be the major cause of these coho salmon die-offs that have been plaguing British Columbia, Washington State and the whole Northwest for decades.

O'NEILL: Well, Peter, does this murder weapon have a name?

DYKSTRA: Yeah, write this down, folks: It's 6PPD-quinone, a chemical that preserves tires. There are a lot of other areas where crumb rubber and tire are suspect to be health risks to humans, most notably on playing fields.

O'NEILL: What else do you have for us, Peter? 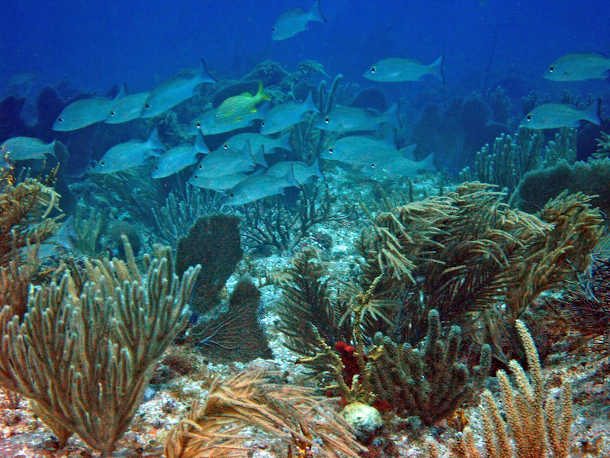 DYKSTRA: The first story is about a murder weapon. The second one is about people preventing the death of a cherished part of nature. In Puerto Morelos, Mexico, it's near Cancun, Hurricane Delta came through this year. You remember the Atlantic hurricane season went crazy, we went farther into the Greek alphabet for naming hurricanes that we've ever gotten. Late in the season, Hurricane Delta hit Mexico and Central America. And there was a group that called themselves the Brigade that got together to help save coral that had been damaged by Delta.

O'NEILL: Tell me more about the Brigade, Peter, who are they?

DYKSTRA: They're a group of tour guides, diving instructors, Park Rangers, fishermen, researchers. And what they did is get in the water right after the hurricane, as soon as the churning of the water died down. And they literally glued broken Elkhorn coral onto the main branches of coral. If you do that soon after a disruption, you can save coral. And that's what these human heroes did for some wildlife that's under serious stress.

O'NEILL: All right then, Peter. I think it is time now to look through the history vaults. What do you have for us? 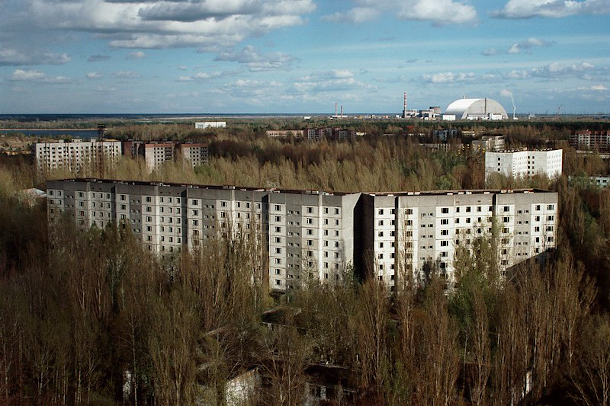 DYKSTRA: We'll go back to the year 2000, December 15th, the last operating reactor at Chernobyl is decommissioned almost 15 years after that huge 1986 accident. Ukraine was part of the Soviet Union when the accident happened. After their independence, they wanted to keep any part of the complex operating that could help not only with jobs, but with electric power. And so it wasn't until 2000, almost 15 years later, that Chernobyl was finally officially shut down.

O'NEILL: Well, thank you, Peter. Peter Dykstra is an editor with Environmental Health News, that's ehn.org and dailyclimate.org. And we'll talk to you again next time.

DYKSTRA: Okay Aynsley, thanks a lot, and we'll talk to you soon.

O'NEILL: And there's more on these stories at the Living on Earth website, loe dot org.