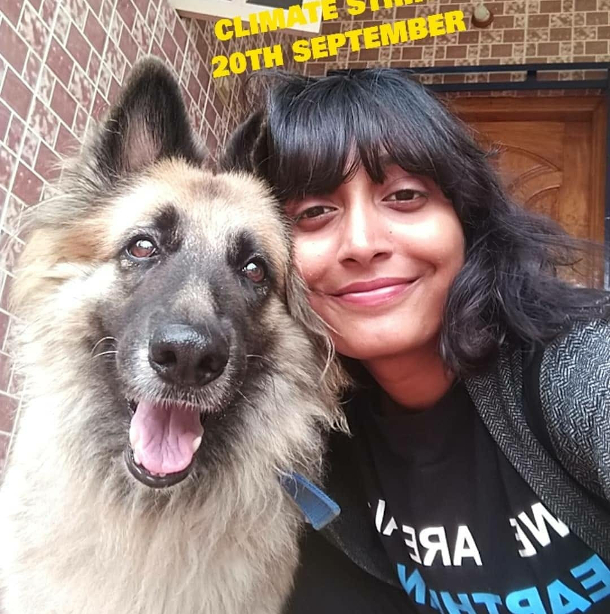 Amid ongoing massive farmer protests, the Indian government is cracking down on activists including Disha Ravi, the young climate activist who founded Fridays for Future - India. Freelance journalist Aditya Sharma joins Host Bobby Bascomb to discuss how climate activism connects with the Indian farmer protests, and the government’s attempts to silence activists and journalists.

BASCOMB: From PRX and the Jennifer and Ted Stanley Studios at the University of Massachusetts Boston, this is Living on Earth. I’m Bobby Bascomb.

The government of India is cracking down on climate activists who have joined farmer- led protests that have been escalating since November. Millions of farmers and their allies have shut down major roads across the country and set up make-shift camps in New Delhi, complete with generators, laundry service, and libraries, paralyzing the capital city. The farmers are protesting new laws that they say will benefit large agribusiness at the expense of small family farmers. At the same time climate-related disruptions have changed monsoon and drought patterns in India so dramatically that many people have been pushed out of farming all together.

BASCOMB: Authorities have jailed 22 year old Disha Ravi, who followed the example of Swedish climate activist Greta Thunberg. Arrest warrants are also out for two of Ms. Ravi’s associates. Disha started an Indian chapter of the Fridays for our Future network in which millions schoolchildren around the world are striking for action on climate change. She has been organizing similar protests in India for some three years, and worked on a call to action called a ‘toolkit’ to help the farmer protests. It was retweeted by Greta Thunberg. That was cited as evidence of sedition by the government and led to Ms. Ravi’s arrest. Though it was not her first brush with the Modi government, which is highly sensitive to criticism. In July police took down a Fridays for our Future website that protested the planned dilution of environmental laws. For more I’m joined now by Aditya Sharma, a freelance reporter based in India who recently wrote about Ms. Ravi’s arrest for the German Media service, Deutsche Welle. Welcome to Living on Earth! 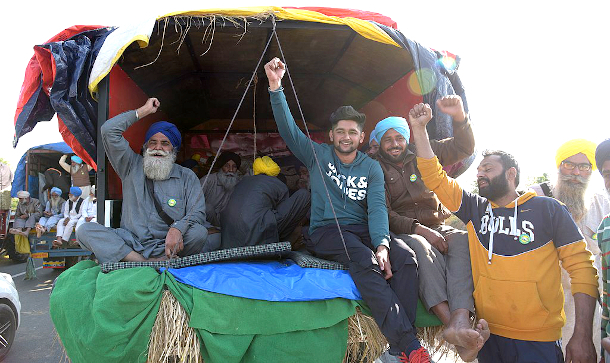 SHARMA: Thank you for having me.

BASCOMB: So two of these activists have had a warrant issued for their arrest and a third was actually arrested. What exactly did they do?

SHARMA: These activists, they're actually environmental activists, climate campaigners. And they shared a toolkit, a Google document which was posted on Twitter by climate activist Greta Thunberg. They've been charged with sedition and criminal conspiracy. The authorities say that these activists were, you know, working with international conspirators to sort of discredit India, and that the toolkit is waging social and cultural war against the government of India, when essentially what the toolkit does is it creates and spread awareness about the ongoing farmers' protests.

BASCOMB: So what exactly was in the toolkit?

SHARMA: So, the toolkit calls for a tweetstorm, a social media buzz. That included, you know, hashtags such as #AskIndiaWhy. It mentions social media handles, it has articles, it also calls for protests at Indian embassies. So in a way, the toolkit's also targeted people living outside of India, who, you know, want to know more about the protests, essentially building a social media campaign and, you know, mobilizing support for the farmers.

BASCOMB: Now, I've read that the government has accused these activists of sedition and creating misinformation about the government. And they've even said that the three activists were in touch with supporters for an independent Sikh homeland in Punjab, what do you make of those accusations?

SHARMA: So sedition, to be honest, is like a colonial era law, which free speech activists and critics of this law say that this law has really no place in modern India. As far as criminal conspiracy is concerned, a lot of legal experts would, you know, argue that the charges don't really hold water. They're just, you know, like an overreaction to, you know, something that's part of campaigning and, you know, activism. This is just that the government feels threatened. As for the second part, the police says that these activists were in touch with a group that has links to the Khalistan movement, and the Khalistan movement, they want a separate, independent homeland in northern India. The Khalistan argument has sort of been the go-to argument for the government to discredit the farmers, because you see, the farmers protest is so strong. And all of this is an attempt to sort of discredit the movement, so that, you know, they can come and say that, "you know what, these people, they don't really have, like, genuine farmers' interests at heart, you know, they're just, you know, like, a front for elements that want to sort of break India." 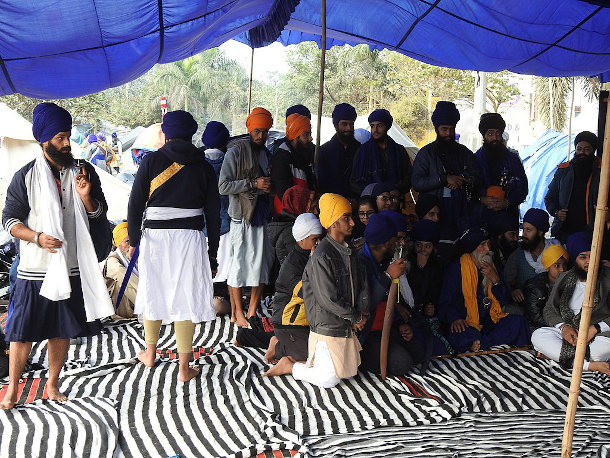 Although many of the farmers participating in the protests are Sikhs from the Punjab region in the north of India, there is no evidence to support the government’s claims that the protests are overrun by Sikh separatists. (Photo: Harvinder Chandigarh, Wikimedia Commons, CC BY-SA 4.0)

BASCOMB: Well, tell us please a bit about the history in India when it comes to jailing protesters and activists, both the, the history and the present, for that matter.

SHARMA: One can argue that, you know, the crackdown against activists and you know, independent voices have sort of intensified over the past few years, particularly, you know, under the current regime. But India doesn't really have a very good reputation, so to speak, about dealing with criticism. People have been arrested in the past. It's not that, you know, like, all of this is something very new to India. But, you know, it certainly can be argued that the intensity has really gone up in the past at least five years.

BASCOMB: And why are climate activists the target here, would you say?

SHARMA: The reason that they've been targeted is because Greta Thunberg tweeted out a toolkit, and it involved a lot of climate activists in India. As to why climate activists have involved themselves, I think Greta Thunberg really put it really well, that democracy and science are interlinked. And you know, if you don't respect democracy, you probably won't respect science. 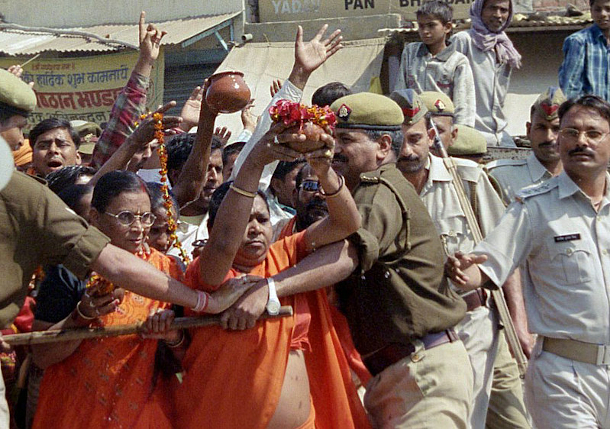 BASCOMB: Of course, the devastating effects of climate change on farming are the backdrop for the current protests in India. What is Prime Minister Modi's approach to addressing climate change in India?

SHARMA: So, yeah, well, Prime Minister Modi has spoken about the need of you know, combating climate change. And India is, of course, a party to the Paris Climate Accord. But there is very little to show for, because there's always this argument that India -- and it's the same argument that, you know, China has also made often -- that like we're a growing economy, we're, we're an emerging economy and we need to rely on fossil fuel. So like the shift to green energy isn't going to happen overnight. And the goals under the Paris Climate Accord are, you know, quite lax compared to what, you know, more developed economies have. As far as climate change is concerned, this government has very little to show for.

BASCOMB: Well, Aditya, I really appreciate you coming on to talk with us about this. I mean, I've reached out to a few other Indian journalists who understandably don't want to get involved with this story and perhaps be on the bad side of a government, which, you know, puts people in jail for speaking out against it.

I still #StandWithFarmers and support their peaceful protest.
No amount of hate, threats or violations of human rights will ever change that. #FarmersProtest

BASCOMB: And how safe are you feeling right now, you know, covering these types of stories? 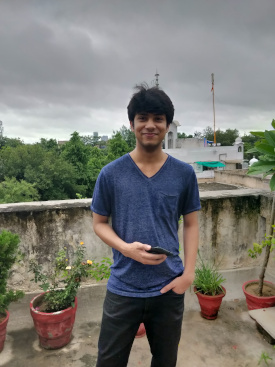 BASCOMB: Gosh, well, I wish you luck and I certainly hope that you stay safe in your work there.

BASCOMB: Aditya Sharma is a freelance reporter. Aditya, thank you so much for taking this time with me today.

SHARMA: Thank you for having me.

An updated version of the toolkit document shared by Greta Thunberg

The Guardian | “Disha Ravi: The Climate Activist Who Became The Face Of India’s Crackdown On Dissent”