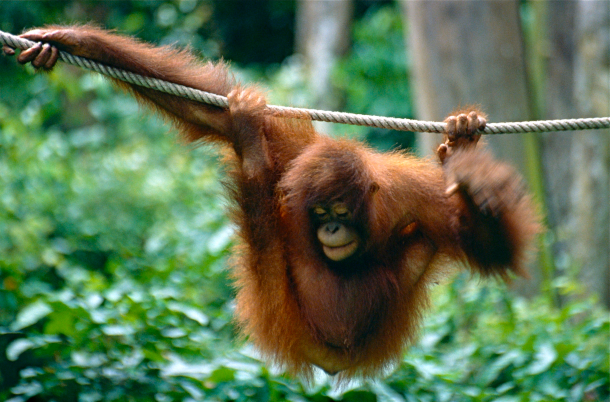 In this week's Beyond the Headlines segment, Environmental Health News Editor Peter Dykstra and Host Steve Curwood learn about a group of rescued Bornean orangutans that were released back into the wild via helicopter to minimalize COVID risk. Next, they unravel an unexpected link between glyphosate use on banana plantations and the release of another pesticide stored in the soils. Finally, they travel back to the tragic 1989 Exxon Valdez oil spill, and the twenty-year legal battle that ensued between the State of Alaska and Exxon executives.

CURWOOD: Well, let's see what's going on beyond the headlines now. And of course, to do that we turn to Peter Dykstra. Peter's an editor with Environmental Health News that's ehn.org and dailyclimate.org. On the line now from Atlanta, hey there, Peter, how are you doing and what have you got for us?

DYKSTRA: Well, hi, Steve. There's a story that is the nexus between the COVID pandemic and an environmental crisis in Indonesia, where rescued orangutans are being returned to the wild, despite of COVID risk because they're so similar in DNA to humans.

CURWOOD: Yeah that's right. I mean, a lot of zoonotic diseases, I'm thinking of HIV, for example, are found in the primates. But wait, these are rescued orangutans, so what's the problem?

DYKSTRA: Groups like the Borneo Orangutan Survival Foundation are looking to repopulate the wild. Bornean orangutans are down to about 100,000, that's a fraction of their original population. Palm oil plantations, other farms, wildfires, poaching are all claiming orangutan populations. COVID is a new threat, and in order to guard orangutans from too much human contact, instead of driving the orangutans about three days into the jungle, they're bringing them in by helicopter.

CURWOOD: Well, this is good news. I'm glad to see orangutans getting a chopper ride to avoid getting COVID and actually probably then spreading it among other orangutans once they got back into the wild. Hey, what else do you have for us today, Peter? 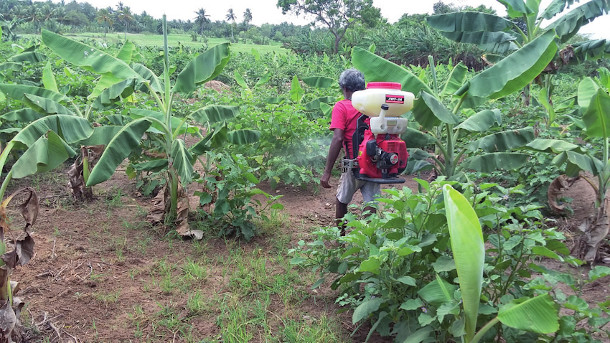 Researchers found that glyphosate, one of the most widely used pesticides, increases soil erosion and is linked to the release of chlordecone, stored in the soils of banana plantations in Guadeloupe and Martinique. (Photo: Duleeka W Knipe, Researchgate, CC BY 4.0)

DYKSTRA: Well, glyphosate has been much in the news, a lot of lawsuits, judgments for millions, if not billions of dollars from people who say they've been made sick from glyphosate, now the most common weed killer anywhere in the world. There's a study coming out of the West Indies, that suggests a problem we weren't aware of. That glyphosate use on banana plantations could be releasing an old banned pesticide into the environment.

CURWOOD: Well wait, how's that supposed to happen? I mean, a new chemical releases an old one? How do you do that?

DYKSTRA: Well, glyphosate is essentially a defoliant, it takes down all sorts of vegetation. When that vegetation leaves and the soil is exposed, the erosion takes place. And in that erosion, old residues of a chemical called chlordecone, a probable carcinogen, is released into the waters and the land in places like Guadeloupe and Martinique in the West Indies.

CURWOOD: Okay, so they call things like chlordecone a persistent organic pollutant and I guess it was locked up in the soil there until the use of glyphosate started the erosion. How big a deal is this, Peter?

DYKSTRA: It stays dangerous for a long time, and we don't know exactly how big a deal is it. There are suggestions that it's found in other crops in Europe. They're just beginning to look for it. Although the chemical chlordecone is also known by another name, kepone. It's a likely carcinogen, it was outlawed in the US in the 1970s. Some folks may remember a major kepone spill in the James River, were not only a stretch of miles and miles of that historic river were polluted, but about a hundred factory workers were made sick by kepone pollution.

CURWOOD: Hey, what do you have from the history books for us this week? 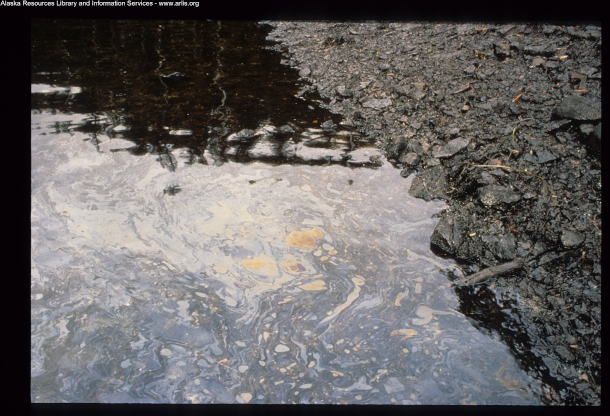 The Exxon Valdez oil spill was one of the most devastating oil spills to date; 11 million gallons of crude oil spilled into the Prince William Sound. It is estimated that 55 tons of remaining oil still oozes out from underneath the beach, more than 30 years after the spill. (Photo: ARLIS Reference, Flickr, CC BY-SA 2.0)

DYKSTRA: Well, thirty years ago next week, a federal court rewarded a huge payout for Alaska fishermen, and others whose livelihoods were damaged by the Exxon Valdez oil spill. That was two years after the 1989 spill. The initial judgment was for about 5 billion. Exxon spent two decades and a lot of lawyers' money, appealing it down. The punitive damages were eventually knocked down to just over half a billion that was split between 32,000 plaintiffs: individuals, companies, governments, and of course their lawyers. But the payouts didn't happen until 2008, nineteen years after the spill, by which time 20% of the original plaintiffs had died.

CURWOOD: Boy, what a case study of that old aphorism "justice delayed is justice denied." Thanks, Peter. Peter Dykstra is an editor with Environmental Health News, that's ehn.org and dailyclimate.org. We'll talk again next week. 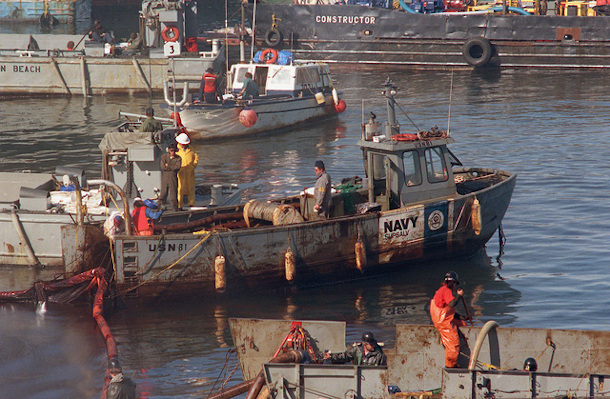 After a two-decades long legal battle, Exxon was ordered to pay only 507 million dollars to the 32,000 plaintiffs for the oil spill, instead of the initial court order of 5 billion dollars. (Photo: Michael Poche, U.S. National Archives, Public Domain)

CURWOOD: And there's more on these stories on the Living on Earth website, that's loe.org.

Reuters | “Ten Rescued Orangutans Returned to the Wild in Indonesia”