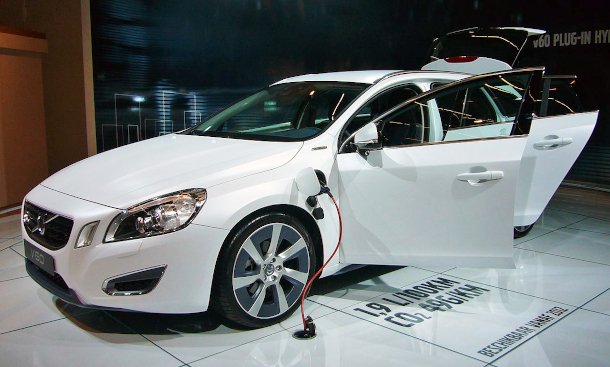 For this week’s Beyond the Headlines segment, Environmental Health News Editor Peter Dykstra and Host Steve Curwood look at Volvo forging ahead with a commitment to go all-electric by 2030. Next, they discuss how smoke from the devastating California wildfires can irritate the lungs, increasing the risk of contracting more severe cases of COVID-19. They then turn back to March 1971, when the U.S. Army Corps of Engineers undertook an ill-conceived project to channelize the Kissimmee River in Florida.

CURWOOD: Well, it's time for a look beyond the headlines now with Peter Dykstra. Peter's, an editor with Environmental Health News, ehn.org and dailyclimate.org. On the line now from Atlanta, Georgia, where it's got to be spring there, Peter. I mean, we still have some ice and snow up here but you've got the flowers huh.

DYKSTRA: We got 70 degrees, the flowers are starting, the birds are starting. And of course the legendary Atlanta pine pollen has started, where you can pretty much take a pine pollen shovel and shovel the sidewalks. There can be little pollen drifts everywhere. Not so good if you have hay fever, otherwise, spring is glorious here.

CURWOOD: Okay, so what do you have for us today?

DYKSTRA: Well, there's some potential good news for clean energy coming out of Sweden, where Volvo has announced their intention to sell electric cars and electric cars only by the year 2030. And that's way before any other carmaker has made a commitment.

CURWOOD: Car makers, we should add though, in the West, I think that the majority of Volvo is now held by a Chinese concern. And China has been really gung ho on electrifying their car fleet.

DYKSTRA: They have and that may help China further dominate the electric car market. But it's also caused a little bit of unease because Volvo is such an iconic brand for Swedes. Having said that, the business side of Volvo has actually done a lot better in recent years under Chinese ownership.

CURWOOD: I imagine there's some folks in Sweden who maybe don't see this development as progress.

DYKSTRA: That's the case. But there's a third nation involved in this, where it's been taken with a little bit of concern. China's powerful economic neighbor, Japan had such success with the hybrid gas electric cars, particularly the Prius from Toyota, that they're way behind on fully electric vehicles.

CURWOOD: Yeah I mean, the Prius first came out in 1997. They sold quite a few of those. I imagine they don't want to let go of that model. But sooner than later, you know, fossil fuel gasoline is not going to be the way to go. What else do you have for us today Peter? 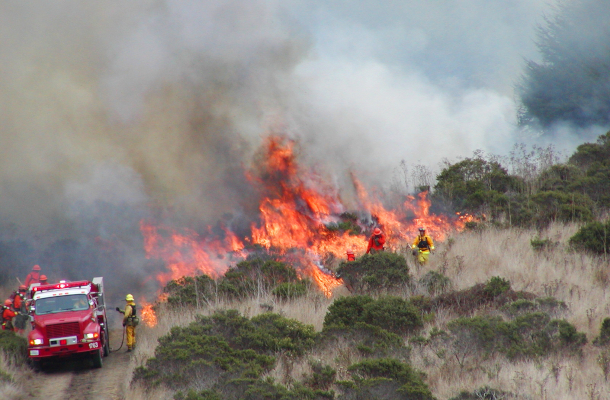 CURWOOD: Well, that's right. Sometimes when you burn plastic, you get chemicals akin to certain kinds of dioxins and that that's not good for us.

DYKSTRA: Well, it's not good for us in another way, because the CDC has studied the effect of wildfire smoke on coronavirus. And what they found is that all of those particulates, all of the irritants, they make it easier for coronavirus to catch on in the lungs.

CURWOOD: It would make for more serious cases and perhaps even more fatalities. It's not a good development. Hey, why don't you take a look now back in history and tell me what you see.

DYKSTRA: I'm going to go back 50 years to the spring of 1971, along the month of March. The US Army Corps of Engineers completed an 11 year flood control project to channelize the Kissimmee River, which meanders all the way from Central Florida, around Orlando, south to the Everglades. They took 100 miles of this shallow winding river and turned it into a deep, straight 56 mile ditch. Solving the flood problem, but creating another one.

CURWOOD: Yeah, that's right. So the river of grass, which is another name for the Everglades, that people have used, that that whole ecosystem needs slow running water. So what did they do about that?

DYKSTRA: What happened was pretty remarkable. Scientists and activists and others, persuaded the Army Corps of Engineers that a big mistake had been made. And Congress appropriated money to put the bends back in the river, and the Kissimmee River is now partly restored. And it's made a big difference to its natural flow, and to the prospects of eventually saving the Everglades from all the human intrusion that have put the Everglades this beautiful system into peril.

CURWOOD: This is a case where science really was able to get through with this message and having caused a problem for nature, at least we took some steps to rectify it.

CURWOOD: And there's more on these stories on the Living On Earth website. That's loe.org.


Volvo to go completely electric by 2030

CDC on wildfires and COVID-19