In October 2012 tens of thousands of demonstrators marched through central Paris calling on the French government and the international community to do more to tackle climate change. (Photo: Jeanne Menjoulet, Flickr, CC BY-ND 2.0)

In France, the government is moving ahead with a climate bill shaped by citizen proposals. But those citizens say the government has weakened their proposals and the public has taken to the streets to protest. Lola Vallejo, the climate director for the think tank IDDRI, joins Host Steve Curwood to talk about the climate legislation and the social response.

CURWOOD: We turn now to Germany’s western neighbor, France where the “yellow vest” movement has been protesting social and economic inequalities since 2018. The protests began when a carbon tax caused an increase in fuel prices that disproportionately affected low-income citizens. In response to the protests the French President, Emanuel Macron, formed the Citizen’s Convention on Climate which randomly selected 150 French citizens and asked them to come up with proposals to reduce carbon emissions from France in a way that was more socially just. The convention spent 9 months at the task and came up with 149 proposals to dramatically curtail French emissions. But by the time the proposals made their way through the French legislature members of the commission say they their bold ideas were weakened and watered down, prompting some activists to take to the streets.

CURWOOD: Lola Vallejo, is the Climate director for IDDRI an independent think tank based in France, focused on sustainable development.

VALLEJO: I think part of the disappointment we're seeing now in French society at large, but more particularly from the citizens, is that they made some very consistent policy proposals. And they have just been disappointed by what the government and what the Congress has done with their proposals. Based on their proposals, the government has proposed a draft bill, that was actually already cherry picking among the measures that they proposed, it was either, you know, suggesting to delay their implementations or suggesting to narrow their enforcement. So already, citizens were concerned about the lack of teeth of the proposal. And then as it went through lecture through Parliament, then many felt like it wasn't really strengthened, but maybe even weakened further. And also, we've just heard that one of the symbolic measure of the work of the citizens was to suggest a referendum to amend the constitution to create a new crime against the environment called the ecocide, which would basically make it easier to sue against those that were responsible of crime against the environment. And Macron has just announced that it's actually pretty likely that there will not be a referendum. So either the law and the referendum not happening that means that the citizens are just pretty disappointed with what happened to their work.

CURWOOD: So what are some of the most important parts of the climate resilience bill that the government is putting forward? Could you give me some specifics, please.

VALLEJO: So one of the most implementing measures of the slow is that it bans domestic flights, when there is an alternative that takes you less than two and a half hours. In France, we're lucky to have a good rail network and if your rail journey takes less than two and a half hours, then you will not be able to take plane and you will have to take the train. So this is a very emblematic measure, because it's the first time in the world that there is any kind of ban to domestic flights. However, this is an example of a measure which has still disappointed activists because first, the proposal from the citizens was to have this ban for any trip, that would take under four hours, and not two and a half. And then there's also another loophole, which is if this flight is for connecting flight, then that means you can still maintain the line. 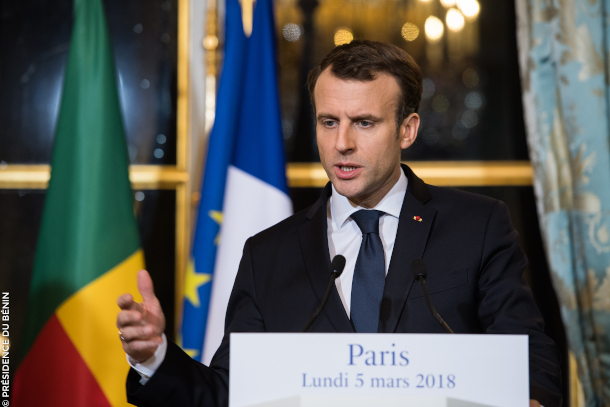 CURWOOD: So we've seen in France, President Macron tried his fuel tax, which immediately set off the the yellow vest movement protests. Now we see protesting against the proposed climate legislation, because it's not strong enough. What's going on in France, how much of a crisis is the climate now for France do you think?

VALLEJO: I think it's good to take a step back maybe about what the gilet jean we're about, because I think what the protesters were criticizing was not so much the hike and the carbon price. But also maybe underneath that the overall system of how we address carbon, if you just put a price on carbon, that is the same for everyone it's not a progressive policy, because there are a lot of people who are locked into carbon intensive ways of living. And if you don't give them alternatives to switch to low carbon lifestyle, then this is just really bad for social justice. I don't think there is a discontinuity between the yellow vest and what we're seeing today, because there always has been a very strong support for strong environmental action in France, and even the gilet jaune were in agreement with that. But effectively, the French people do want strong environmental action. They just wanted to be fair. So progressive climate action policies are going to find a strong support, it's just that we haven't seen them at the scale that is needed.

CURWOOD: How important is this fight over having a constitutional amendment creating this class of crimes that will be known as ecocide?

VALLEJO: I mean, opinions differ. To be honest, it was more of a symbolic measure for the convention, it was also a way to ensure that environmental protection was given a higher status in our Constitution. I personally don't think it's, you know, it's going to make a big difference not to have the referendum and not to have this sentence in the constitution is not going to change that much on a daily basis. What is negative though, is more about how people view the political promise because there has been a promise made by the President of the Republic to citizens to have this referendum. And he said, I'm going to take your proposals without a filter, that was the expression he used. And I think that's just quite dangerous to have this experiment and to raise the hopes of these citizens and more broadly of any environmentally minded person that followed this process and then to show that there is actually some level of disregard of the work that the citizens have done and not to actually respect the promise that the President made. So I think that's, that's probably the more dangerous consequence of this lack of referendum is more on how much people value the things that are said by our politicians.

CURWOOD: Lola Vallejo, is the climate director for IDDRI in Paris, France. Thank you so much for taking the time with us today, Lola.

VALLEJO: Thank you very much. It's been a pleasure.