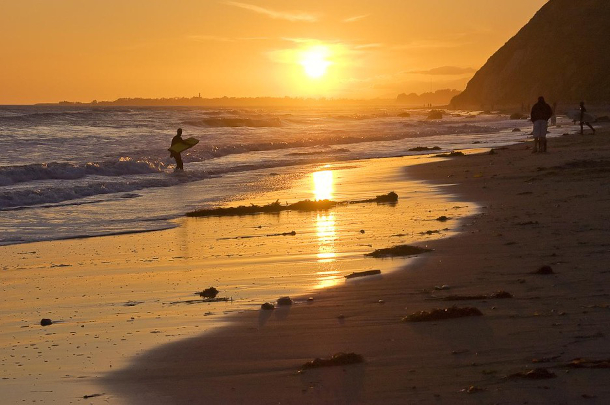 July 2021 was the Earth’s hottest month on record, and in this week’s Beyond the Headlines segment Peter Dykstra of Environmental Health News sat down with Host Aynsley O’Neill to explain the climate change connection. They also discuss exciting developments in emissions reduction for steel making and the anniversary of the discovery of destructive boll weevils in Alabama, which ironically helped one enterprising town find economic prosperity.

Well, it’s time for a trip Beyond the Headlines now with Peter Dykstra. Peter is an editor with Environmental Health News, that’s ehn.org and daily climate.org and he’s in Atlanta, Georgia. Hey there, Peter. What do you have for us this week?

DYKSTRA: We're gonna look back the month of July, which is now officially Earth's hottest month on record here in the US. We had record ridiculous temperatures. Last month, July 2021, was almost 1.7 degrees Fahrenheit, above the average July temperatures throughout the 20th century, another very convincing fact on the path to establishing that we're already in the grips of global warming.

O'NEILL: Wow, I know the previous record holder was a three way tie July 2016, July 2019, July 2020. It's scary to think that we've now surpassed that.
DYKSTRA: And of course, all those three years were in the last five or six years, kind of tells you there’s pattern developing. And here in the Northern Hemisphere, the record was shattered even more. July 2021, 2.7 degrees Fahrenheit, warmer than any of the average years of the 20th century. Think of all of the disasters that have happened that are unprecedented. There are symptoms of a warming planet, and we're not even beginning to deal with climate change. 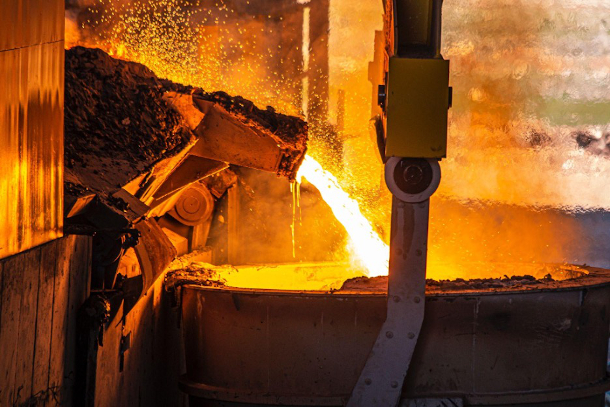 O'NEILL: Yeah, all of those natural disasters that we've been predicting all this time. I'm a little afraid to ask, but how do you think some of the Arctic sea ice might be doing?

DYKSTRA: We'll see how it's doing. It doesn't look like it's in very good shape at all. The middle of September September 15th, traditionally, is the date for the annual low point for melting Arctic sea ice. In recent years, we've seen both the Northwest Passage, the fabled route over northern Canada for shipping, and the Northeast passage, which goes up top from Russia and Siberia, open up and, in a tragic irony, a lot of that shipping potential is going to be moving oil and gas from Russia to other countries and shipping from Europe in the US to the Pacific Rim. 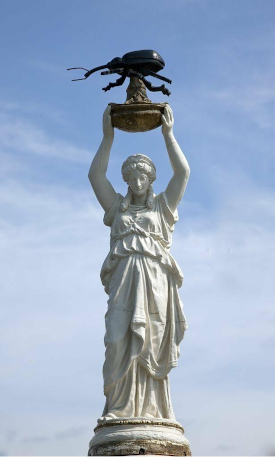 While the boll weevil brought devastation to Alabama’s cotton crops a century ago, it helped Enterprise, Alabama, a town which had diversified its crops before the pest’s introduction, prosper. The town’s statue of a Greek goddess holding a boll weevil is one of the nation’s most unique monuments. (Photo: US Library of Congress)

O'NEILL: Well, Peter, do you have anything a little more uplifting for us?

DYKSTRA: As a matter of fact, I do. There's a potential breakthrough in the field of making steel steelmaking accounts for roughly 8% of the greenhouse gases being entered into the atmosphere. And a Swedish firm called Hybrit is looking to cut back on using coal and coke, eliminating them completely. They've been used historically, to heat the super hot kilns used in steel mills. full production, according to the company is expected by 2026. And there's a rival Swedish company saying there'll be online by 2024. So climate help may be on the way in one of the dirtiest industries out there steel making.

O'NEILL: Peter What do you have for us from the history books for this week.

DYKSTRA: 3rd of September, 1910, Alabama's state entomologists makes the feared announcement that boll weevils, these cotton destroying pests, have been found. And the crop loss that occurred then and into the 1930s in the depression, ruined a lot of farmers in the south, except in one Enterprise, Alabama, where they've actually erected a statue, a Greek goddess holding a boll weevil, in the center of town, where the Confederate veteran statues are usually found and are now very contentious.

O'NEILL: Honestly, Peter, I can't say I've ever heard of a statue with a boll weevil on it before. What happened that made enterprise want to erect a statue commemorating it?

DYKSTRA: The reason that the people of enterprise like the boll weevil is that they had the foresight to get out of cotton farming, and many of their farms, just as the weevils hit, they moved to diversify. Other crops were grown, mainly peanuts. Enterprise kept thriving, while other towns were down. And nobody's talking about removing the boll weevil statue from the center of town.

O'NEILL: Well, thank you, Peter. Peter Dykstra is an editor with environmental health news. That's ehn.org and dailyclimate.org. Thanks again and we'll talk to you soon.

DYKSTRA: All right. Aynsley. Thanks a lot. Talk to you soon.

O'NEILL: And there's more on these stories at the living on earth website. That's loe.org.

Check out The Daily Climate