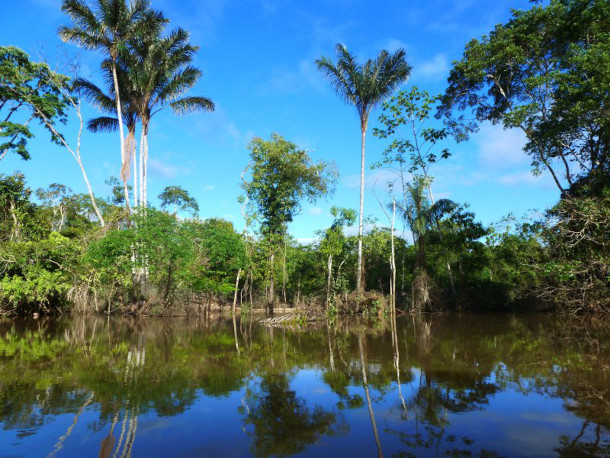 Indigenous groups in Peru and Ecuador unveil a plan to protect 80% of the Amazon in their borders by 2025. (Photo: Global Water Forum, Flickr, CC BY 2.0)

This week on Beyond the Headlines, Environmental Health News Editor Peter Dykstra joins Host Bobby Bascomb to talk about a plan by Indigenous groups in Peru and Ecuador to protect 80% of the Amazon in those nations; a hidden gem in the $1.2 trillion dollar infrastructure bill that will help salmon swim free; and in history, a look back to a deadly fog in London.

BASCOMB: Well, it's time for a trip now Beyond the Headlines with Peter Dykstra. Peter's an editor with Environmental Health News. That's ehn.org and dailyclimate.org. Hey there, Peter, what do you have for us this week?

DYKSTRA: Hi, Bobby. I'm looking at a news report from a great nonprofit site called Mongabay, that indigenous groups are pushing a plan to the Peruvian and Ecuadorian governments to protect 80% of the Amazon rainforest in those two countries.

BASCOMB: Wow. 80%. That's huge. But of course, the bulk of the Amazon lies within Brazil, which is, you know, less receptive to these types of things, I think.

DYKSTRA: That's right, the Bolsonaro government is considered to be pretty hostile to most measures of environmental protection. They've set their sights on the Brazilian Amazon for heightened levels of exploitation. But at least there's good news from the headwaters area of the Amazon. 86 million acres could be protected if this proposal is embraced. That's just slightly smaller than the US state of Montana, the fourth biggest American state.

BASCOMB: Well, so that's still huge. And I mean, there's just so much biodiversity, in that part of the world. I gather, this is part of the 30 by 30 initiative to protect 30% of the world's land and ocean by the year 2030.

DYKSTRA: It is, and it's an important piece that could be one of the first to be enacted.

BASCOMB: Mm hmm. Well, what else do you have for us this week? 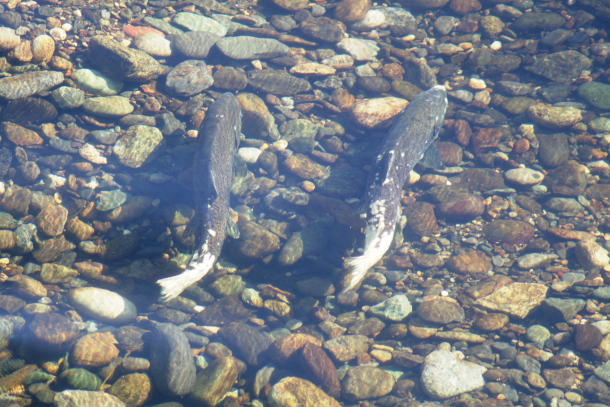 Hidden in the infrastructure bill, a plan to help remove obstacles, like culverts, from salmon’s path in rivers. (Photo: USFWS Pacific Southwest, Flickr, CC BY 2.0)

DYKSTRA: Another good news story that was hidden in the $1.2 trillion infrastructure bill. When you have a $1.2 trillion bill, you can hide a lot of little sweet billion-dollar nuggets in it, and few people will notice. One of them is a billion-dollar fund to help salmon swim free under bridges, culverts, other areas, where anadromous fish like the salmon go up river to breed. Anadromous being one of my favorite words.

BASCOMB: That is a great word anadromous, of course, meaning that they live most of their lives in the ocean, but return to freshwater to spawn.

DYKSTRA: That's right. The sturgeon is another example here on the East Coast.

BASCOMB: And in doing so they gather that they run into a lot of these little obstacles along the way that this money would help remove.

DYKSTRA: Yeah, manmade blockages and putting a road over a stream, putting a stream into a culvert or a tunnel. If you're a salmon, and of course, I'm not saying that you are Bobby, but if you were it, it'd be a tough swim to get upstream to spawn and die and keep your species going.

BASCOMB: Yeah, it's a tough life to be a salmon these days, I'm afraid. And I know there's a lot of these small dams across the country. You know, the big dams have been removed, like in Washington State. But there's a lot of these little dams that maybe haven't been used in 100 years to grind wheat back in the day that are still standing and blocking the way for a lot of these fish.

DYKSTRA: Or obsolete dams that were intended to generate relatively small amounts of electric power that have fallen out of use. The Elwha River in Washington, some of the bigger ones. The Penobscot River in Maine is another one. Rivers flowing free is good news for everybody, and as far as I'm concerned, is a good investment of a billion dollars. 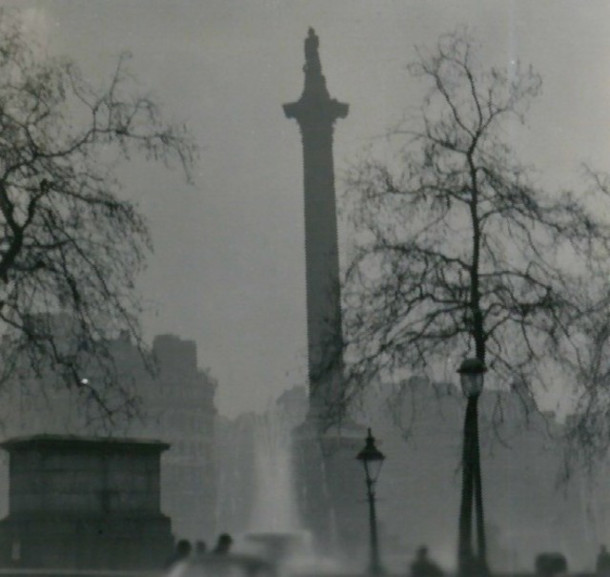 BASCOMB: Mm hmm. Yeah, I'd have to agree with you. Well, what do you have for us from the history books this week?

DYKSTRA: On December 9, 1952, a deadly fog that had sat over the city of London for several days finally lifted. There were as many as 12,000 Londoners that may have died from the mixed impact of foggy weather plus ground level ozone better known as smog, and factory pollution. The US has suffered some of the same. There was another killer fog in Dinorah, Pennsylvania, outside Pittsburgh in 1948, that hit a steel mill and zinc smelting town in the Industrial Belt just upriver from Pittsburgh.

BASCOMB: I gather that the smog in London at least was so bad they actually call them pea soupers. You know that the air was so filthy that people were getting hit by cars and trucks even because they just couldn't be seen.

DYKSTRA: They were. London had always historically been a foggy place. When the Industrial Age hit, it became a more deadly foggy place, which led to laws even before the US passed its own clean air laws.

BASCOMB: And there's more on these stories on the Living on Earth website. That's loe.org.

Learn more about the deal to help salmon swim free